When is mother’s day? 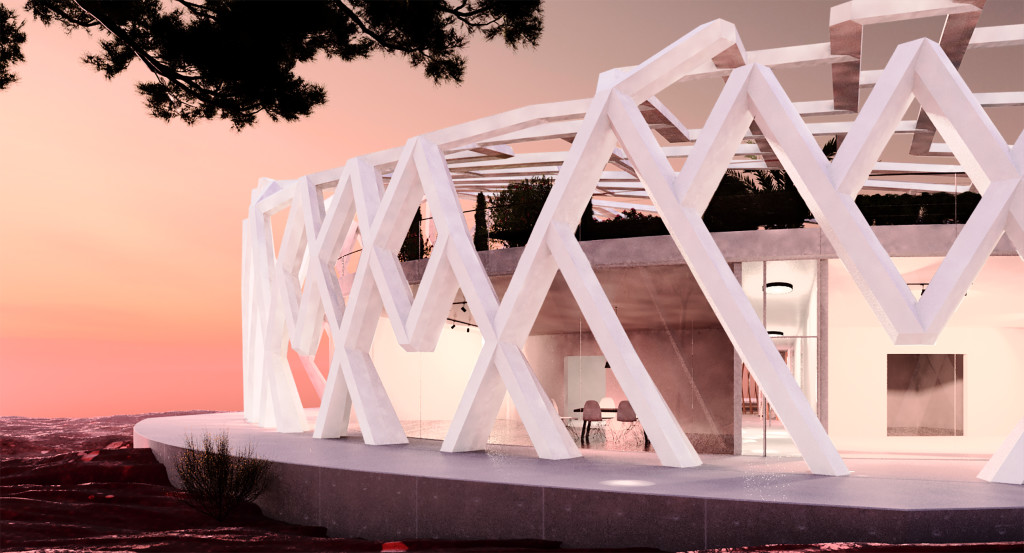 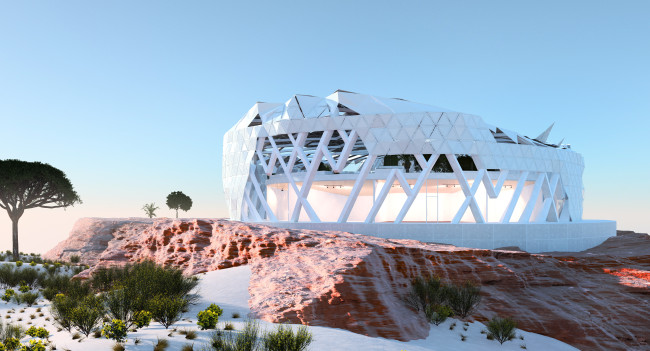 A shape-shifting facade of equilateral triangels

Inspired by Rigid Origami I designed a magnetic hinge for equilateral triangular elements, to both self-assemble and change its shape. I developed an application to simulate these elements in 3D space. Each element knows its neighbor location and rotation in three degrees of freedom. The elements are designed to adapt their silhouette to a certain threshold in order to enable more complex shapes than a sphere or cylinder.

By rotating and turning the outside body to the inside it is possible for the “wall” to change its appearance (color, transparency), function (photovoltaics, LED Lighting) or just to disappear. Using a distance sensor the wall can register if a well-disposed human approaches the wall and unfold only the structure that the human body will occupy during the transition.

I designed a modern and luxurious house located in the rough environmental conditions of a desert to demonstrate these capabilities. In the Northern Sahara and the Middle East it is difficult to use photovoltaics, as the panels become inefficient if there is only a small film of sand on them. Using water to clean the panels makes no sense, because it takes a dozen time more energy to desalinate the water than the solar panel can generate energy. In my design the panels will fold to the inside in case a sandstorm is registered. Coated Panels can be cleaned from the inside. The water will be collected and distributed to the roofgarden which itself generates a pleasant cooling effect to the house. The garden may be used for vertical agriculture. Making the building even more self-sufficient. 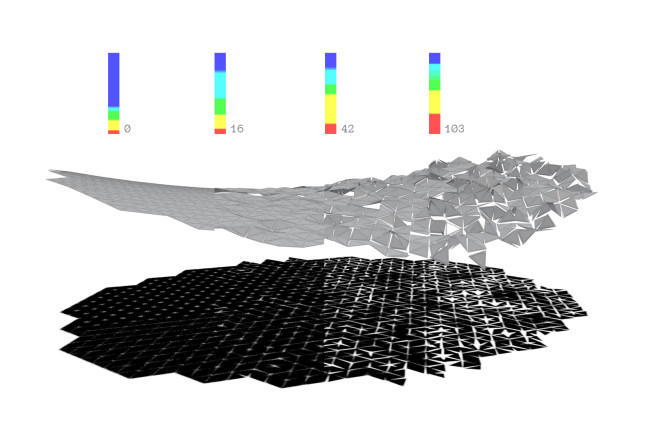 By controlling the amount of distortion or by opening only certain areas of the facade and roof we can control the amount of radiation to the plants and the ceiling. We can also prevent the escape of moisture. During the night all facade elements fold away to let cool air stream into the building. 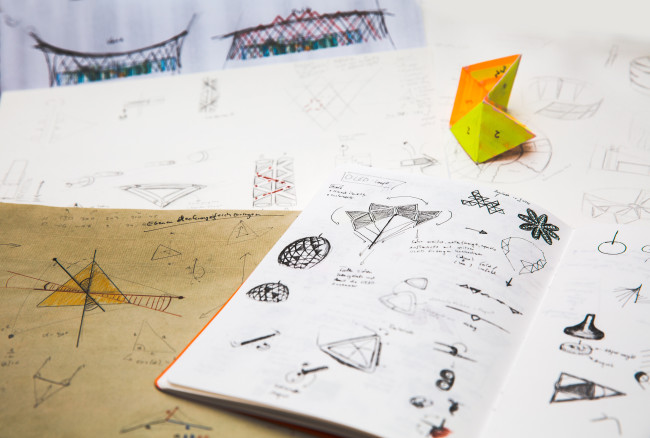 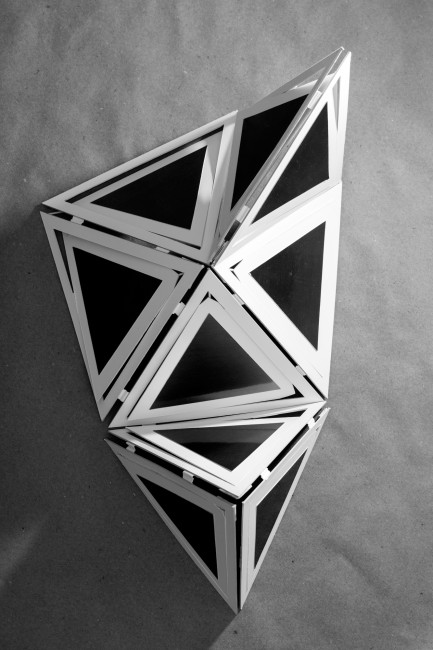 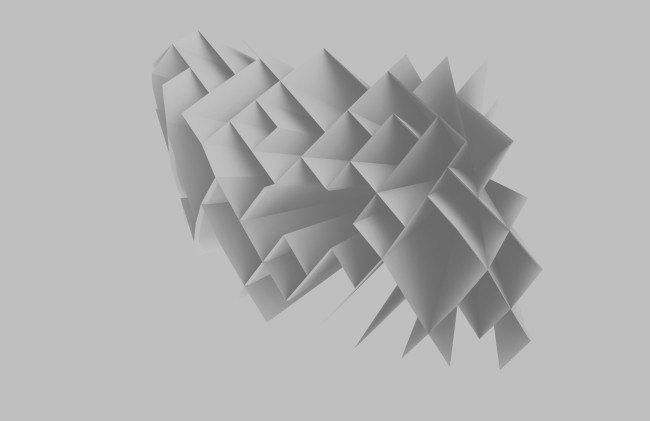